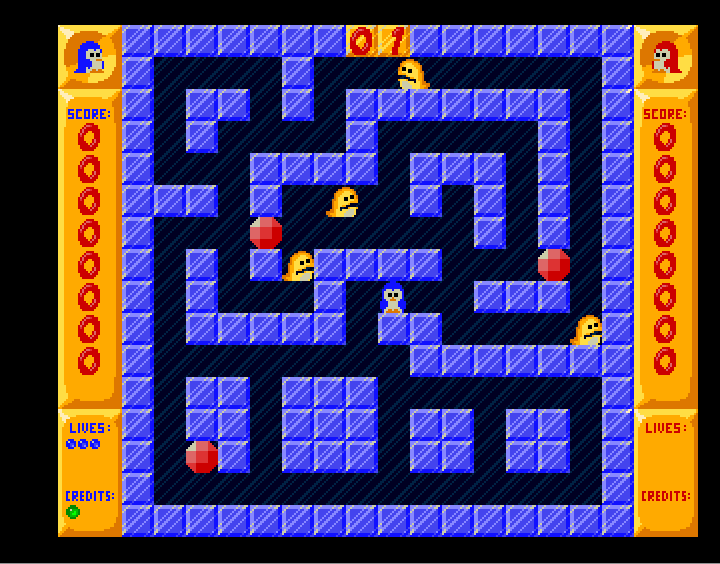 Between 1991 and 1994 Martin Rebas wrote seven shareware games for the Commodore Amiga but Pengo is definitely the jewel in the crown. The game was clearly a work of passion for Martin as he spent a full year developing it which seems indulgent when you release he completed his fun space invaders game Motorola Invaders 2 within a few days.  The extra time was well spent as every element of the game from the music to the graphics ooze professionalism.

The game itself is a clone of Sega’s Pengo game and involves you playing as a penguin that has to kill the roaming enemies by pushing the ice blocks into their path before defeating the evil boss Sarvebuk.  The game was originally released as shareware but Martin has now made the full game available to the public via his website which is great news as now everyone can enjoy the full 64 levels of this delightfully addictive game. CJC

Pengo Trivia: The author explains what the name of the evil boss Sarvebuk means;

“Well, sarve is Estonian, and comes from sarv which means horn. Buk doesn't really mean anything. Sarvebuk means, insofar it has a meaning, a buk with horns. It's a word my brother Hannes invented when he was maybe five years old.“